São Miguel, and the reason we travel 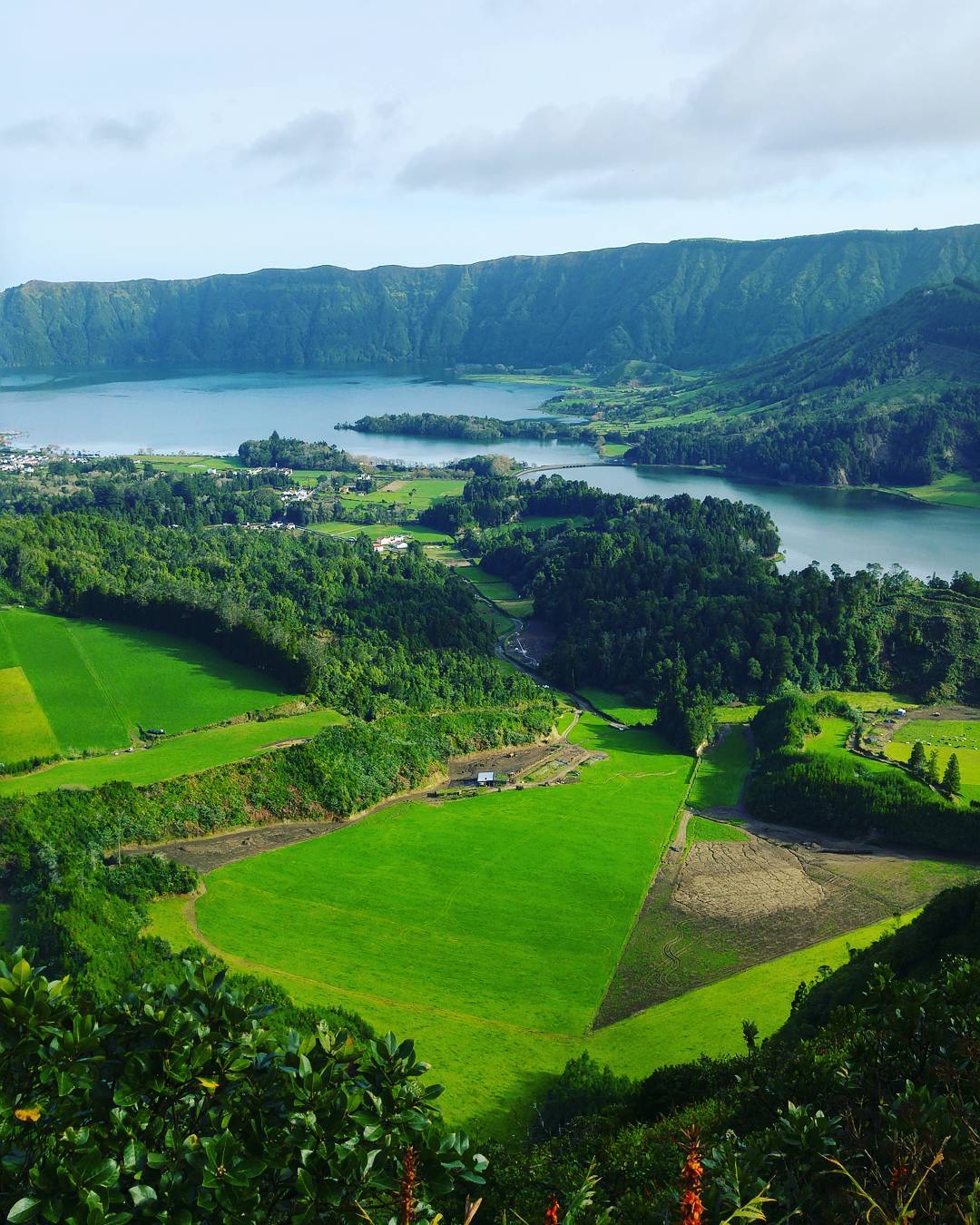 I entered this in a themed writing competition 🙂

I stare at the flaking concrete walls of the houses near our comfortable hotel, thinking about tides. Not of water, however. São Miguel has been hard to find on a map and its significance in history has risen and fallen just like waves. Battles have been fought, commercial trading has evolved and dissolved, and the capital, Ponta Delgada, is now frequented by cruise ships in the summer and contains a modern marina with a crisp, glassy shopping mall. There is another mall a little further inland where the dense concentration of apartments and shopfronts makes way for larger blocks such as schools and hostels. Our hotel is on the edge of town so our daily walk takes us between the two, where chipped concrete houses and abandoned cars are patiently waiting for their rejuvenation.

There is no doubt that rejuvenation is on its way. Budget airlines have been landing on the island for less than a year so this is the first winter season of curious, penny pinching travellers. We even meet another couple on a tour who, like us, had never heard of the island until it popped up in a list of cheap flight destinations. Curious, I ask a local for their thoughts on the prospect of being flooded with tourists all year-round.

“I think it is coming,” our tour guide replies, with a contemplative smile. “It will not be long before people will have heard of us again.”


It is this placid acceptance of what is here and what is to come that I feel gives such a gentle personality to the island. A hurricane has passed over the island a day earlier, and tourists and locals happily join forces to move fallen trees off the road. Wild cats are not trapped and killed, they are fed, neutered and allowed to live out their lives in peace (although the native birdlife give them some grief!). Fumaroles emit steam along the sides of the roads as a perpetual reminder that the same force which gave the birth to the island, as well as the giant lakes it is most well-known for, could erupt once more and take it all away.

To live on the island is to choose to make the most of what is on offer for as long as it is here. To farm the cattle that graze the stunning fields which overlook the ocean. To drink the natural carbonated mineral water that pours freely from pipes in the walls by the caldeiras (hot springs). To use the geothermic activity beneath the hot soil to power homes and cook ‘cozido’, a luscious stew of seasoned meat and vegetables. To be outside, enjoying the beauty, every day.

Our hotel receptionist’s passing comment at check-in is good advice for how to make the most out of the holiday, and out of life: “Do not come to the island to just stay in the hotel”.

This site uses Akismet to reduce spam. Learn how your comment data is processed.

Searching is in progress

Where do you want to go?

Searching is in progress

Little changes to get happy & stay happy. No crystals, no chants, no cauldrons. This isn’t the wishful way to be happy: it’s DIY happiness.

First two weeks of distancing done and I finally s

Win for the day - our sofa broke again! Now we’r

Cardi, shift dress and leggings. For the days when